Duvet - The Ultimate Covers Band!! are an in demand, Yorkshire (Leeds, York and Harrogate) based, party band, perfect for weddings, balls and private functions. 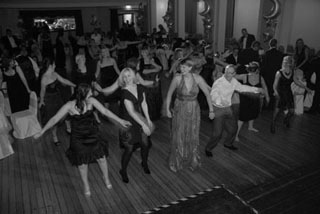 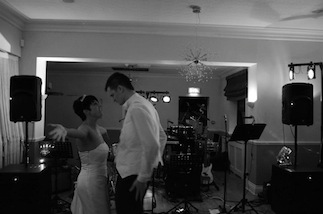 Iain plays : Lead Vocals
Iain has played to many a crowd in his years as a singing front Man. He has even played Jesus in the musical Messiah. He changes his attire for every Duvet... set, and has a immaculate collection of hats.

Sam plays : Bass and Backing vocals
Background : Sam has played for over 25 years in various bands. Sam is proud to announce that he's old, very grey and thanks the lord that, on a good day, he can coordinate 4 fingers with 4 strings. He loves the Beatles, the Clash, Stevie Wonder. To keep him even busier he teaches bass and guitar.

Jez plays : Drums and Backing Vocals
Background : Jez founded Duvet - The ultimate Covers Band!! in 2002. He has a degree in Music from the University of Huddersfield, the same institution where he met Stewart. Jez is also a singer and guitarist, and comes to the fore for a couple of Duvet's numbers! Jez is also a trained Fire Marshal and a trained First Aider.

Stu plays : Percussion and Good Vibes
Background : Stewart holds a music degree and has never left academia. He now lectures at the University of Huddersfield. He is also a talented drummer taking over from Jez on a couple of tracks. Stu also handles the DUVET... live sound and light situation.

Tris plays : Guitar
Background : Tris is amazing! He's proficient in an array of styles and has played in many places including foreign lands. From funky grooves to shredding solos, Tris adds the icing to an already succulent Duvet cake!

Either use the 'Contact Us' details, or book us through one of the links below.